How to Trace Mobile Number Current Location through Satellite

Online mobile tracking by satellite is still an unknown domain for a lot of people. But GPS tracking is a common feature, and is probably used by millions of people every day. What they fail to acknowledge is the fact that they both are basically the same thing. GPS tracking uses signals from satellites to trace a device on earth accurately. The more satellites used, the more the accuracy of the location. In the modern world, satellite tracking has been incorporated in a lot of useful areas.

Almost every device comes with the ability to be tracked using satellites. This can be used in advantage to track a lost phone, to locate family members, or for the ease of navigation. But the main purpose to use it is to track mobile phone location. With the help of satellite phone tracker you can track the exact mobile phone location and in this article we are here to educate about you about the same.

Part 1: How Does Satellite Work to Track Mobile Phone Location

The GPS was originally built for use by the US Military, but was later opened for the public to be used for navigation and transport. Every smartphone has a GPS module installed on it, and is used for the ease of navigation. The same is also used to trace mobile number current location through satellite when needed. The mobile phones use a method called trilateration to track your phone. In this method, your phone uses a minimum of 3 satellites to track its exact latitudinal and longitudinal position on the earth. The 4th satellite allows it to track the altitude. So, in order to get the most accurate results, 4 or more satellites must be connected. Part 2: How to Find Current Location of Mobile Number by Satellite

There are numerous satellite mobile number tracker apps that can utilize this feature to track the location of the phone. FamiGuard is one of the best and most precise among them. It has the ability to track real-time location using the GPS module of the phone. The location tracking is very accurate and updates instantly with the change in position of the device. Users can also set a geofence on the digital map to get notified when the device enters or leaves the geofence. The app shows the satellite view of the map, so that, the user can identify the location using visual references in the locality. Long time location tracking is possible in this app with high accuracy. FamiGuard is among the most powerful names when comes to location tracking. It can track any phone number in the world with satellite positioning.Moreover, it saves the locations in the location history for viewing later.

Here are the steps on how to track the mobile number through satellite using the FamiGuard app.

In order to find current location of mobile number by satellite, you need to register a FamiGuard account either fromthe FamiGuard appthat you have downloaded on your device, or from the website. 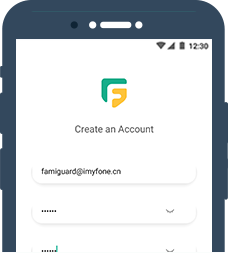 Step 2.Install the FamiGuard app on the target phone.

Then configure the device using the instructions on the screen. After completing the setup, the device can now be tracked using your phone. 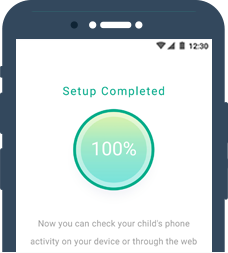 Now, you can track the target device by logging on to your account from the website, or from the app on your own device. In the app dashboard, select location tracking, and you can see the real-time location of the target device. The website has similar options and can also be used for tracking, like on the app.

There are times when we face the need to track a mobile device. Satellite phone tracker apps use the GPS feature of the phone to track the location of the device accurately. It uses the global positioning satellites to calculate the current position precisely. Every smartphone have this feature built in, but to utilize this feature, the user needs an app to communicate with the positioning satellites and calculate the position, and finally displaying it on the map for the user to understand the location. FamiGuard is one such app, which has earned its reputation for high accuracy location tracking. The app displays real-time location remotely and even notifies the user when the target device leaves or enters a geofence. All these features make this app appealing, and with numerous other features like web filtering, app management, screen time management, the app becomes the favorite tool for parents to monitor their kids.